Guaranteed Low Prices
No Money Out of Pocket

We Work With Your Insurance
Stress Free Claims Process

Thank you for choosing Water Damage Rescue, Inc. for water removal and to help you with restoring your property.

We are sorry for your misfortune and promise to do our best to complete our water damage restoration carefully and quickly, with as little inconvenience to you as possible.

Some of the information on this website will help you understand more of the water extraction and restoration process, please go over it.

We come in and extract the water from the structure or business. Then we dry down the structure, or building. Once it is dry we will clean up and fix the flood damage. We take care of all of the contents that are in the building. We do content restoration as well as protection and moving. It usually takes us a couple of days to fully complete a flood cleanup, but every job is different. 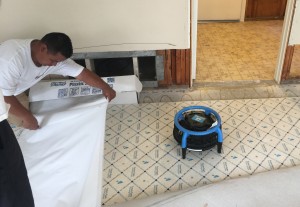 We do all the repairs needed for any type of water damage, including broken, frozen and leaky pipes, leaky air conditioning units, toilet and sink overflow, appliances such as dishwasher, water heater, and washing machine malfunction, as well as storm damage. We also do complete carpet and hardwood floor drying in your home or basement. We can do sewage damage cleanup and sewer removal as well.

Once the building is dry, we do all of the construction. We will do the drywall repair, painting, flooring replacements, and any other repair that needs to be done.

We will also do all of the cleanup, repairs and content restoration for fire damaged homes. Once we repair all the damages we inspect everything and get permits to make sure its correct.

We will get the inspector to come out so that the customer doesn’t have to deal with that.

We also specialize in Sewage Damage Cleanup.  There are serious health risks associated with sewage backups – Raw Sewage contains high amounts of harmful bacteria and has the potential to cause extreme damage. Because of this, only a trained professional equipped with the right equipment should handle sewage cleanup and removal. Coming in contact with fecal matter or raw sewage can cause disease, destruction of valuables and severe damage to your home.

Our Certified Restoration Specialists are trained to clean, disinfect, and sanitize your property’s sewage damage, minimizing the risk of health hazards or further damage. We can remove, repair, replace, or remodel the affected areas of your home or business. We understand the need for efficient, hassle-free restoration after a sewage catastrophe.

The land of Century City belonged to cowboy actor Tom Mix (1880-1940), who used it as a ranch. It later became a backlot of 20th Century Fox, which still has its headquarters just to the southwest. The area is named for the 20th Century Fox’s Century Property. In 1956, Spyros Skouras (1893-1971), who served as the President of 20th Century Fox from 1942–62, and his nephew-in-law Edmond Herrscher (died 1983), an attorney sometimes known as “the father of Century City,” decided to repurpose the land for real estate development. The following year, in 1957, they commissioned a master-plan development from Welton Becket Associates, which was unveiled at a major press event on the “western” backlot later that year. In 1961, after Fox suffered a string of expensive flops, culminating with the financial strain put on the studio by the very expensive production of Cleopatra, the film studio sold about 180 acres (0.73 km2) to developer William Zeckendorf and Aluminum Co. of America, also known as Alcoa, for US$300 million (US$2.4 billion in 2014’s money). Herrscher had encouraged his uncle-in-law to borrow money instead, but once Skouras refused, he was out of the picture. The new owners conceived Century City as “a city within a city”. In 1963, the first building, Gateway West Building, was completed. The next year, in 1964, Minoru Yamasaki designed the Century Plaza Hotel. Five years later, in 1969, architects Anthony J. Lumsden and César Pelli designed the Century City Medical Plaza. 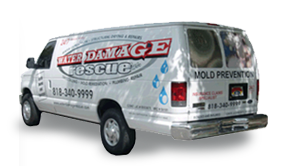 “I used their service after a water pipe broke down and flooded our kitchen. They replaced the broken pipe and removed all the water that have accumulated in our kitchen and helped restore the damage it caused. They were really wonderful – responsive to my call, communicative, friendly and professional. They showed genuine concern and tried their best to accommodate my needs. They took care of everything and solved the problem with ease.” –Beck B.

WE WORK WITH YOUR INSURANCE

Don't let your insurance company dictate the rules of the game. Let Us collect what you truly deserve for you now.

From water removal to reconstruction, we do it all.